Away from the reserve there are still other spots where birds can be found. The sluice where the A149 crosses the R. Glaven west of the village is the starting point of the Coast Path round the Freshes. The iconic Cley Windmill can be seen from all around.

Cley Village Hall has a large car park and is where CBC & NWT local indoor meetings are held.

Many good birds have been found in the village, the most famous being the White-crowned Sparrow found in a garden on Holt Rd just north of the Three Swallows PH in January 2008 remaining till mid-March. Money collected from the twitch was donated to the church and is commemorated by a stained-glass window depicting it in the church. The bird was also adopted as the emblem of this club.

Many of the fields around Cley village attract birds and geese in winter. Gardens along the coast road can also be good for migrants. Cley Sewage Works on the road towards Glandford is a good place to look for Chiffchaff in winter. 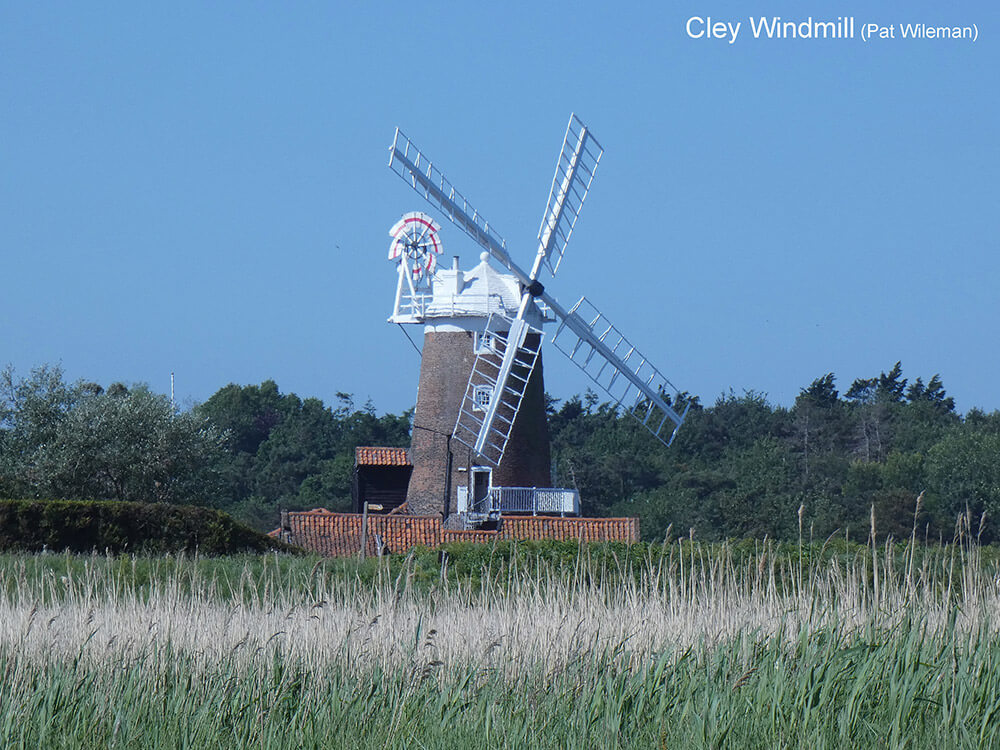 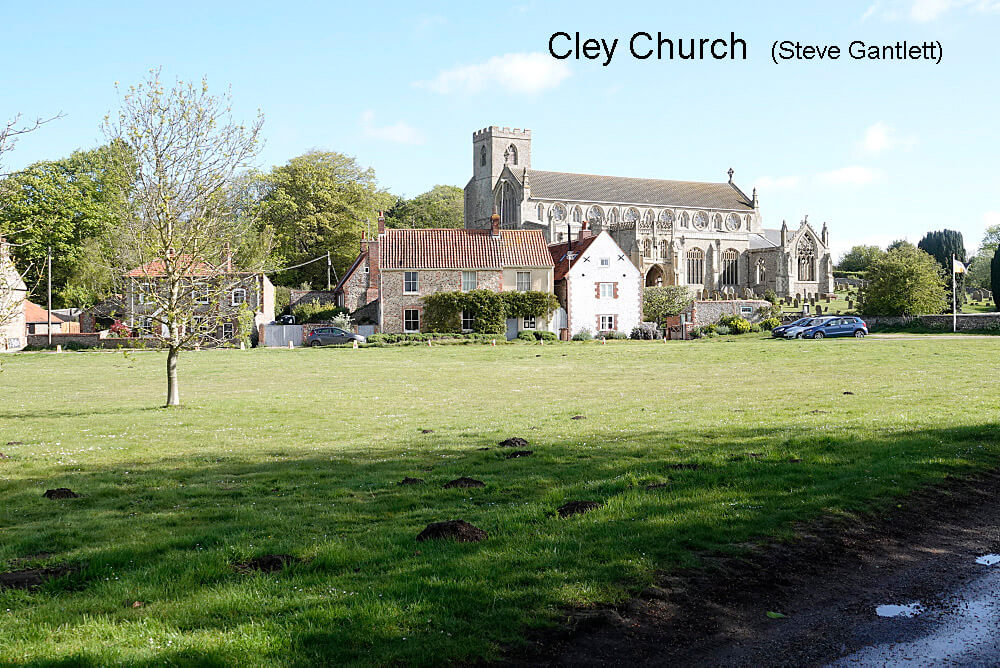 Back to Cley and Salthouse