Situated to the north of Blakeney village off the A149. Another large National Trust car-park (free for NT members) gives access to the Harbour and Coast Path. There is also a free car park just north of the A149 at the village hall.

The village contains several hotels with accommodation and food for non-residents and several small shops. The Blakeney Hotel dominates the waterfront where apart from full meals you can have coffee, light lunches or afternoon tea with panoramic views over the estuary.

A few boats run from here at high water to see the seals and terns in the harbour and on the Point.

At the east end of the Quay the Coast path goes north and winds its way around the Freshes and eventually to Cley.

From the west end the Coast path continues along the side of the saltmarsh to Morston (2.2Km) with good views over the saltmarsh.

In winter geese can be seen from the Quay in the channels and on the saltmarsh and waders can be seen all year round.

A few boat trips also run from here to see the seals and terns on Blakeney Point. 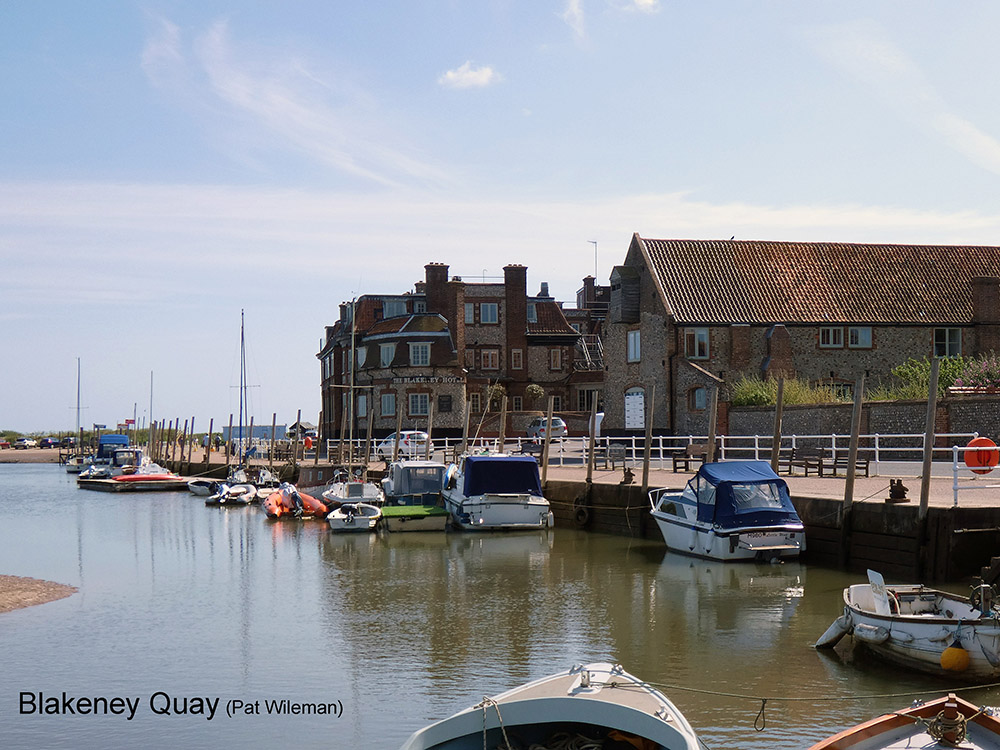 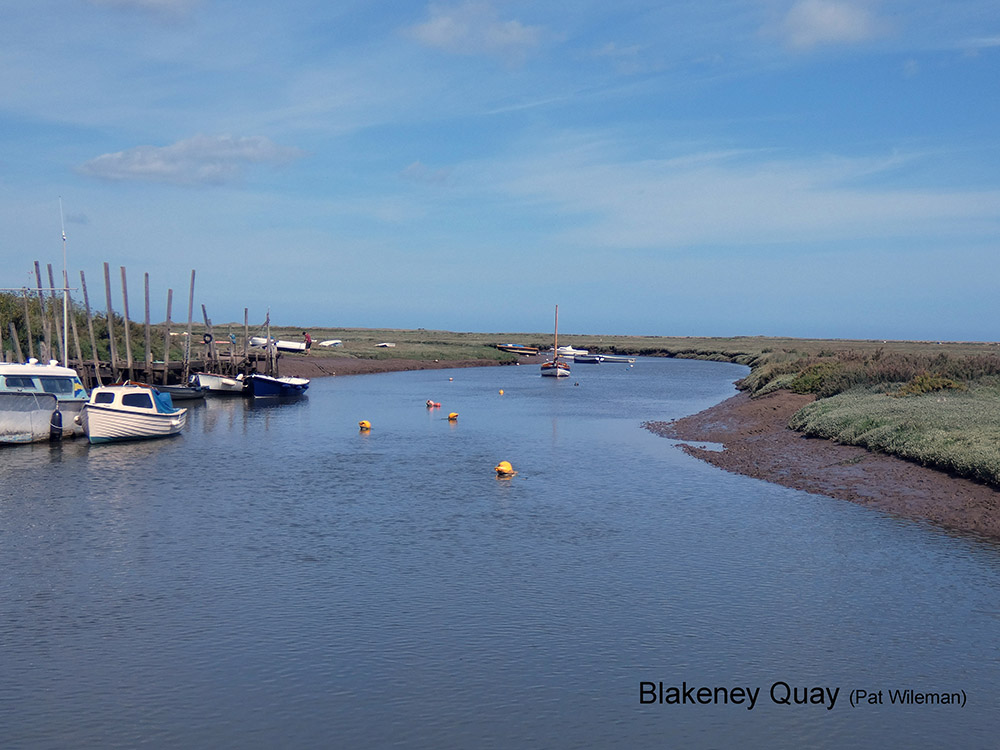 Back to Blakeney NNR